From RK Black to WC Everheart: Thank you and happy fishing!

Yesterday we celebrated WC Everheart who is now onto new horizons after 33 years of devoted service at RK Black, working in the warehouse and more recently serving in facilities management.

Originally from a farm outside Jericho Springs, Missouri, WC, affectionately known around the office as “Dub," moved to the Oklahoma City in the late ‘70s where he met his wife and he got a job working as a salesman for an oilfield supply company.

It was during the oil crisis in the early '80s he came to work at RK Black.

“I didn’t know a thing about copiers,” he said, recounting though how copiers then were much bigger and heavier. “That I knew for sure,” Dub said of the machines and then wnet on to list all the other equipment he handled, everything from copiers, to printers, to microfilm and microfiche and more.

“Technology has changed quite a bit since then.” 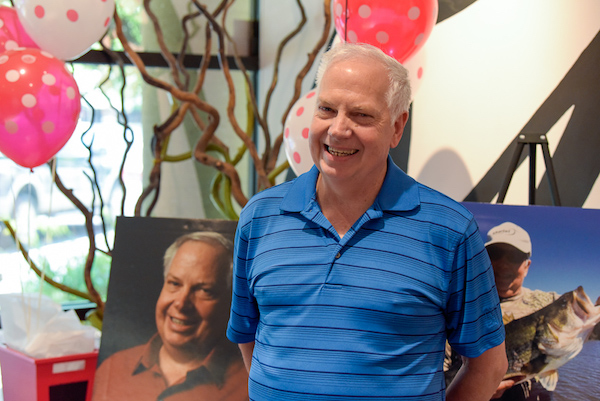 In his time here, he came to be known not only for his quality work, but for his abilities as a baker, a reputation earned from his delicious peanut butter cake and breakfast casserole which he would occasionally bring in to share with the co-workers.

As far as future plans for now, as a husband, a father and a grandfather, Dub said he plans on spending more time with his family.

Also, as quite the avid fisherman, and bass being his fish of choice, he plans on spending more time with fishing pole in his hands, especially on the lake at his brother’s place in Texas. “That’s some really good fishing there,” he said. 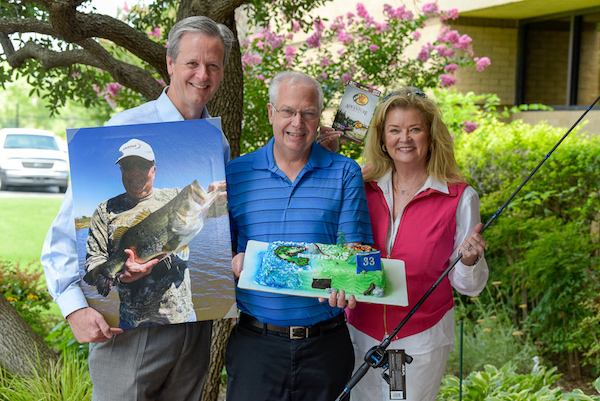 As a part of Thursday’s farewell celebration, the company hosted a companywide meal and gave WC a new rod and reel, a tackle box and other fishing gear. “Dub,” we wish you the best and thank you for your many years of great service here at RK Black.

Borrowing the words of your father, as you recalled them, to you we say, "Hawyee!”